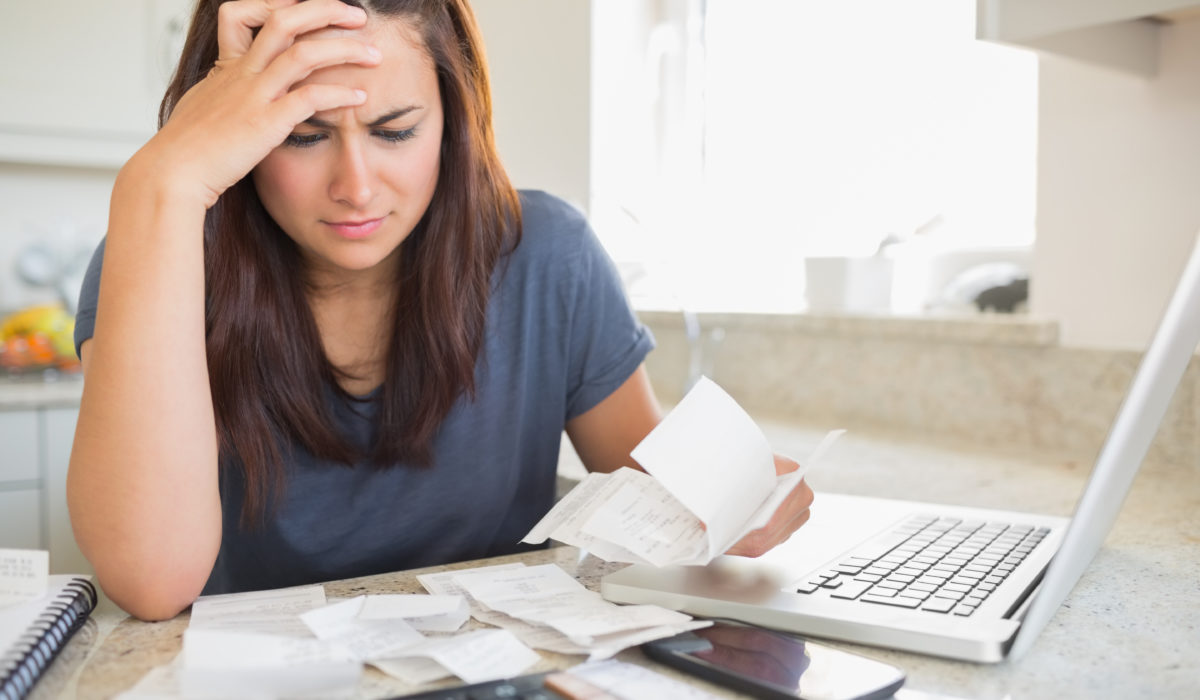 Why don’t we approach getting rid of this debt in a simpler manner? There are many ways to start to chew away at credit card debt, but let’s look at some practical steps you can start taking today.

Credit cards are easy to impulse buy with – so if you have a tendency to do so, put them away. Now, we aren’t saying to close your credit card accounts, as that will take a big hit to your credit score. But we are saying put them away before you go out so you’re not tempted to make impulsive purchasing decisions.

If you use a credit card for an emergency or unexpected event, this is different. What we’re talking about here is buying unneeded clothes, electronics, or other items when you have debt to pay off.

Get serious about budgeting for debt repayment

If you want to see your debt decrease and eventually go away, budget as much as you can toward your debt. This will mean sacrificing some things you may be used to (such as eating out often and doing other costly activities). Before you start stashing away in your emergency fund, but that money toward your debt – if an unexpected emergency happens, use the card.

Getting rid of debt is the most important thing.

Get a side hustle

Okay, lets say you budgeted and you’re serious about seeing that debt disappear – imagine how much more money you could put toward your debt if you worked overtime and used that money toward your debt. Or worked a day on the weekends. Maybe even sold some of your unwanted items.

Whatever it may look like, if you have an extra stream of income coming in, tackling your debt will become much easier.

Make a couple of payments per month

Most credit card companies use an average daily balance to compute interest charges.

Instead of paying $400 toward a balance each month, make two payments of $200. You’ll lower the average daily balance — so you’ll pay less interest! In theory, paying every week would help even more

Look at your debt in chunks, instead of one large sum

It’s intimidating to see a big number staring at you in the face. Let’s say you have $8,000 of credit card debt. Instead of getting fixed on that big number, look at it in chunks of $200 – or whatever is manageable to you.

That way, as you pay off your debt, you don’t become paralyzed and discouraged by the large sum, rather you feel more motivated to tackle the smaller chunks.

A consolidation loan is a personal loan that you can consolidate all of your existing credit card debt into one loan that is repayable in 3-7 years.

This will help you save a lot of money in interest, and help you pay off your debt faster.

Now go out there are kill some debt!

This site uses Akismet to reduce spam. Learn how your comment data is processed.